Third time out for Cascade’s Seattle to Portland ride – the one day version (stopping halfway and making it a two day ride always seemed more hassle than just riding through. This might say something about me – but then, check the title of this blog …)

END_OF_DOCUMENT_TOKEN_TO_BE_REPLACED

48km at zero C was a useful test of the winter kit that I bought in the sales, in the hope that it would get me outside. Not sure if it was the kit so much as the responsibility of being second leader on a club run that got me out, but the kit got tested either way. END_OF_DOCUMENT_TOKEN_TO_BE_REPLACED

Radio silence … something to do with burnout, maybe. I am still riding, but I’m working on just riding for enjoyment – it all became a bit of a chore: “must ride, because …” rather than just wanting to ride.

END_OF_DOCUMENT_TOKEN_TO_BE_REPLACED

LEJOG was started – and I did get to John O’Groats, it’s just that I did so by way of home and an airport and a car after I had to pull out of the ride after a crash. END_OF_DOCUMENT_TOKEN_TO_BE_REPLACED 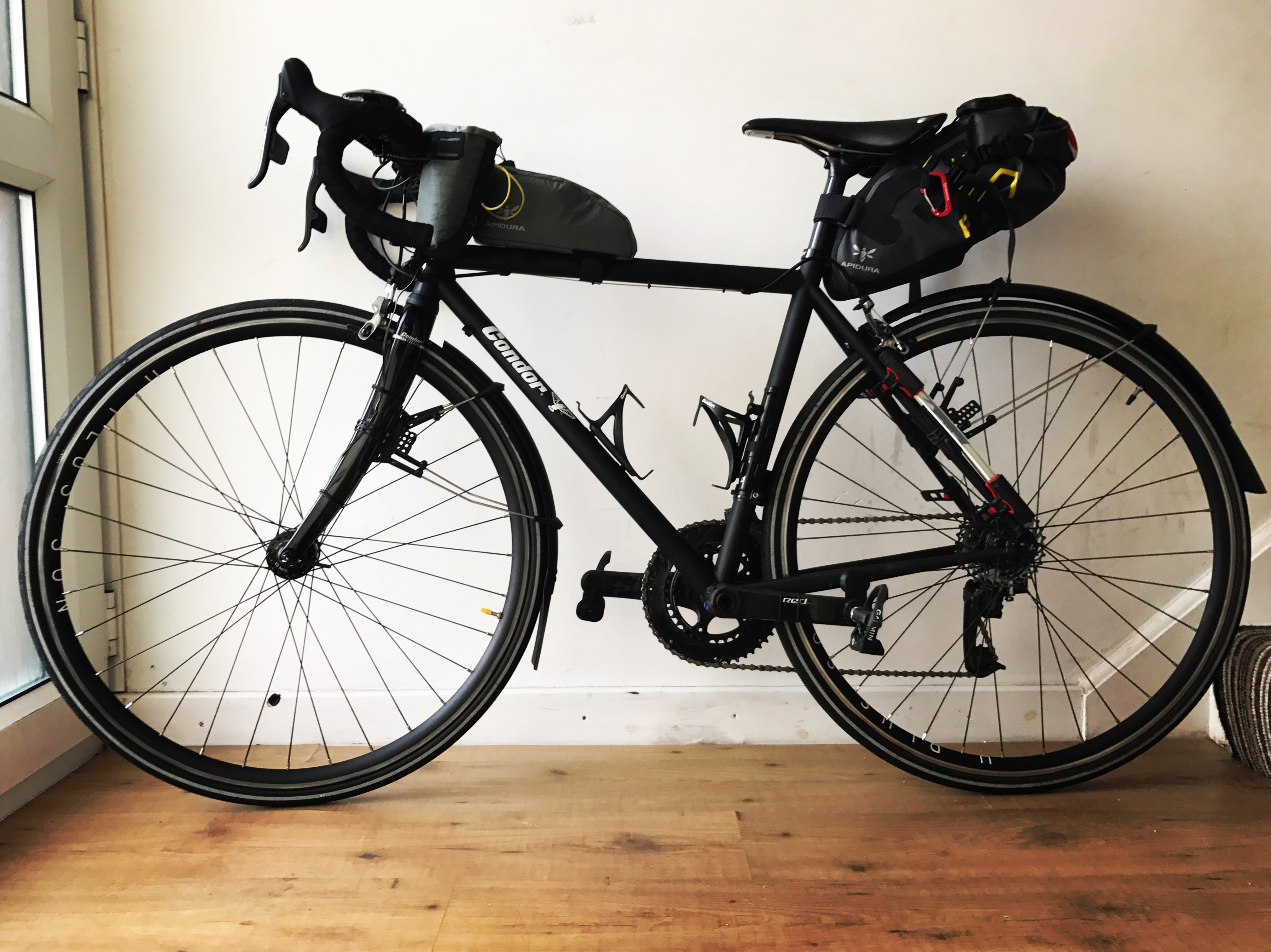 Bike, luggage, kit generally sorted …now I just need to sleep and get over the nerves.

The training is done. Last ride – which was more of a spin – was today with my cycling club (who most likely had forgotten my existence, as I’ve been off doing longer rides etc in training). 62.5 miles, to get it to the Rapha #womens100 ride as well.

END_OF_DOCUMENT_TOKEN_TO_BE_REPLACED

A short ride today, trying out a new saddle: enough has hurt over the last week or so that I clearly need some sort of alternative point of contact on the bike for long rides. The Brooks Cambium I’ve been using has been fine for 100+ miles; it was a bit uncomfortable towards the end of the 200k ride a few weeks back, but that could have been the shorts. Somewhere around 300k into LWL, though, it was pretty clear that Things Were Not Fine.

Experiment now is with a Brooks Cambium Carved (C17 version); partly on the “well, it almost worked, see if a tweak changes anything” principle. On the face of 17 miles today (when still sore …) it may well do the job. The principal test will be next weekend, with back to back imperial centuries (more or less; the second day isn’t quite so far).

I’ve also reworked my audax schedule a bit; I don’t think I need to do another 400k – having checked/rechecked the LEL route against my time start and so on, I don’t need to do more than 200 miles a day (on the basis of sleeping at controls). Training to do a harder ride has some basis in sense but I think I would be better served with doing 300k rides instead, as that’s closer to what I will be riding, and to try to do a couple of back to back (I have a 600k – which is effectively that) already booked.

There aren’t any 300k rides within reasonable distance near here, at least not in the time frame I need, so I’m planning to do a permanent from Cambridge out to  Norfolk etc (yes, flat – but the all-ways-round headwind usually makes up for it).

85 miles yesterday – all fine, other than saddle angle. Rookie error, I should have checked earlier (new bike, I didn’t install the saddle). Nothing too painful, just mildly annoying mid-ride.