48km at zero C was a useful test of the winter kit that I bought in the sales, in the hope that it would get me outside. Not sure if it was the kit so much as the responsibility of being second leader on a club run that got me out, but the kit got tested either way. 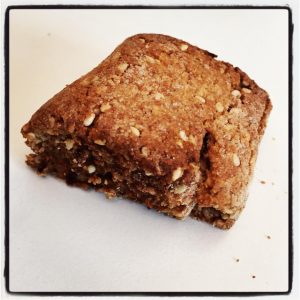 Bike (CX winter/go-anywhere bike): first proper run on this, and all smoother than I’d hoped. The stem needs flipping (has been flipped) which I thought might be the case – the riding position was a bit more aggressive than my usual road bike, and my lower back was gently complaining a few times. The complaints were perfectly liveable with, and might be as much to do with a lack of long rides over the last couple of months, but it’s easy enough to fix. Tyres all ran fine (swapped the very chunky knobbly stock tyres for a pair of 32c Clements USH tyres, which radically improved acceleration); maybe the rather heavy stock wheels can stay put. We’ll see. The front disc brake, which had been rubbing slightly no matter what I did, is no longer rubbing – maybe it just needed to bed in.

Basically, it all worked. Non-bib longs still feel weird (I usually wear bibs, long or short, but couldn’t locate the winter bib longs … no idea where they have got to).

As usual, this is a note for my own amusement – I’m not sponsored, the stuff above wasn’t free (mostly on sale, but those sales are open to all!)